Linux is an Open Source Operating System and is setup in a UNIX-like architecture. The two main parts of Linux is the Kernel and the Shell. A process is generally associated with a user requesting an operation through the shell, the shell then communicates this information to the Linux Kernel which in turn sends the proper commands to the computer's hardware. Below is a simple hierarchy setup of how the Linux OS runs. 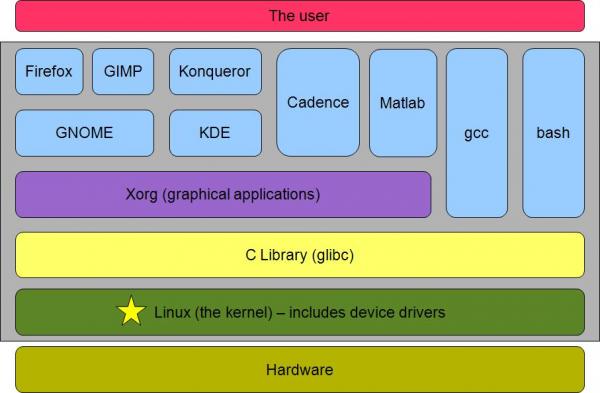 Mosaic Linux runs the RHEL or Ubuntu distribution of Linux.  This allows Mosaic Linux to run hardware intensive engineering applications on both, a remote server platform and an immediate desktop platform.  Mosaic Linux has a high uptime which allows users to continue work on their projects with rarely any downtime.